Banksters Shootin' Up the Economy

"No bankers were harmed during the making of this fake recovery."

Over at The Burning Platform is a tremendously good series on the financial collapse. If you feel at a loss to explain what is going on to yourself or others, I highly recommend you read these five posts linked here. I've included some of my favorite quotes from this series. What I like is that there is plenty of humorous snark to help you swallow the ugly reality of it all. There's also lots and lots of graphs, statistics, and just plain math to back up what is being asserted. Liberals and Conservatives alike will have their paradigms challenged by these posts, which is why I think that these Clint Eastwood -themed posts reach people of all stripes. That is, if you think you've got the guts to read through them. I suggest you digest and internalize the information presented so that you can intelligently discuss these issues with others.


For a Few Dollars More-Part 1

A Fistful of Dollars - Part 2


It is plain to see by anyone without an ideological agenda that a few thousand corrupt individuals have managed to gain control of the American economic system. 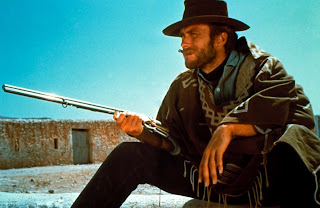 Andrew “Old Hickory” Jackson became President in 1829 and proceeded to declare war on the Second National Bank. He was the first and only President in U.S. history to pay off the National Debt. He worked tirelessly to rescind the charter of the Second Bank of the United States. His reasons for abolishing the bank were:


The more things change, the more they stay the same, huh?