Happy to be out! 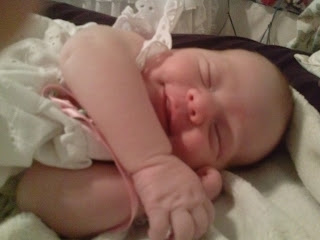 Posted by republicanmother at 8:57 PM 8 comments:

This flag more accurately represents the true power structure of the United States. Instead of being an amalgamation of the power of the individual fifty states, it is the power of the mob that these various agencies represent.

Let's go back to the beginning for some perspective:


We hold these truths to be self-evident, that all men are created equal, that they are endowed by their Creator with certain unalienable Rights, that among these are Life, Liberty and the pursuit of Happiness.
Ok, that's the part they make you memorize in school, or they used to anyway. But the meat of this document lies just beyond this point. The "how to" if you will to hold onto these right. Beware, there is some "terror talk" to the statist found below:

--That to secure these rights, Governments are instituted among Men, deriving their just powers from the consent of the governed, --That whenever any Form of Government becomes destructive of these ends, it is the Right of the People to alter or to abolish it, and to institute new Government,
ruh roh, the globalist bankster mob that has hijacked our country no likey the sound of that

laying its foundation on such principles and organizing its powers in such form, as to them shall seem most likely to effect their Safety and Happiness. Prudence, indeed, will dictate that Governments long established should not be changed for light and transient causes;
The total abandonment of most of the Bill of Rights doesn't fall under a light and transient cause.
and accordingly all experience hath shewn, that mankind are more disposed to suffer, while evils are sufferable, than to right themselves by abolishing the forms to which they are accustomed.
We'll put up with almost anything just to get by.
But when a long train of abuses and usurpations, pursuing invariably the same Object evinces a design to reduce them under absolute Despotism, it is their right, it is their duty, to throw off such Government, and to provide new Guards for their future security.
Now that Object is more clear to us living in this day and time than any other in history. The monied interests are going after the whole enchalada - world domination and they're using the wealth of the American people to get their job done. When they're finally through with us, it's the last train to Auschwitz, man.

--Such has been the patient sufferance of these Colonies; and such is now the necessity which constrains them to alter their former Systems of Government. The history of the present King of Great Britain is a history of repeated injuries and usurpations, all having in direct object the establishment of an absolute Tyranny over these States.
To prove this, let Facts be submitted to a candid world.
Jefferson goes on to list what all the Crown had done to the colonies so there would be a clear record of what the rebellion was all about. The difference in our day is that our Tyrant is not so well defined- and It likes it that way, gets a lot more tyrant mileage that way. One group blames liberals and the other blames conservatives, meanwhile the men on top are pumping 85 billion a month out of the USA and setting themselves up for a total collapse.

It's hard to get stoked about this Fourth of July, because to enjoy it in a carefree way means you have no clue what is going on around you, and you're probably not reading a blog like this.

I have about two weeks to go before Baby #6 arrives, so I must continue to rock through my "to do list" in case you've been wondering what I've been up to.
Posted by republicanmother at 6:19 AM 6 comments: