War in the Mind - Freedom Time

I love this song- it's so deep that it takes several listens to catch all the Biblical references.


Lauryn is one who called out the pervie priests at the Vatican, refused to become another Beyonce, or Rhianna butt-shaker. When these songs came out from her unplugged session, the talkers said she was "crazy". Her lyrics are some of the most sane things I've heard.

She goes straight to the heart of what's wrong with the world - Mystery Babylon.

"Everything else is damned, let him with ears understand."
Posted by republicanmother at 3:25 PM 2 comments:

Just to remind everyone who still may be reading my little messages in the blog bottle, I named my weblog The republican Mother because that's how I see myself. I didn't really mean for it to turn into a "conspiracy central" website, but as an ardent seeker of the truth, that's where I wound up.

I now feel like a have a pretty good grip on reality, which is invaluable for guiding my children in Truth. For example, if one of my boys got a job offer from DynCorp, I'd break both his legs before I'd let him take it. Having a correct understanding of the social engineering around us, helps me avoid tares and snares that the master of this world has laid for us.

When our country first began, it became apparent to those who fashioned our government together, that only a somewhat informed populace would be able to guard against the inevitable acquisition of power by those who thirst for it. In second generation America, this informed populace would be educated by the women, the republican mothers of America.

I recently came across a tremendous book called The Frugal Housewife by Lydia Child, published in 1841. It would be great for homesteaders, as it contains information on how to tighten down old-school, using earwax as chapstick. It states that the great national sin, even back in those days, is extravagance. She would have a coronary if she were to see the excesses of our society. She condemns travelling, as it was the "thing" back then to go on vacation. One of the the main ideas that struck out at me was her condemnation of what we would now call a bimbo.

There is no subject so much connected with individual happiness and national prosperity as the education of daughters. It is a true, and therefore an old remark, that the situation and prospects of a country may be justly estimated by the character of its women' and we all know how hard it is to engraft upon a woman's character habits and principles to which she was unaccustomed in her girlish days.

She goes on to say that marriage is a good thing, but being a boy-crazy idiot is not. Not preparing for married life by practicing homemaking and economy, makes her discontented when the storybook life is reduced to laundry and kids. She goes on to say that this will create a generational problem where girls will never learn proper domestic education. I can say I've seen that when my daughter has helped at church cleaning up, as in she knows how to do dishes and operate a broom.  I've noticed a great deal of worldliness in the church and in the homeschool circles. Sometimes you wonder if you're the only Christian trying to live, not a perfect life, but attempting to be holy.

Lest you think I'm trying to say a woman's life should only be dishes and laundry and menial tasks, please check out the whole book to see how much more Mrs. Child was educated than your average grad-school educated woman.  She cites the classics with ease, indicating she is very well-read. A woman can quote Scripture, Plato, and Julius Caesar while simultaneous doing dishes and watching small children.

The home is the atomic unit upon which society rests. And you better believe that the powers that shouldn't be know that to be a fact as well. That is why all of the social engineering (no-fault divorce, compulsory education, family court) works to dismantle the family six ways from Sunday. Look how the "home" was demonized as some "place" only losers live. A woman's place is in the home was a phrase that was repeated in the controlled media so that everyone started to believe that any woman still left in the home after women's (Rockefeller-sponsored) lib, was a total backward idiot.

I think that only an idiot would trade baby smiles and chubby legs for doing power-points for the "man" all day. I know, some people don't have a choice. But they don't have a choice because they were not properly trained to begin with, and become ensnared in the "system". They were never told as a young woman (13-18) that monied interests want to split up her family before it even begins. These interests don't want her to reproduce, and if she does, they definitely don't want her to influence the offspring, hence the public school and daycare system. When you frame the world in that way, a new set of priorities emerge. Instead of accepting a rat maze that has been laid out, one sees the forces setting up the maze and has a God-given instinct to want to avoid getting stuck in there.

"Every wise woman buildeth her house: but the foolish plucketh it down with her hands." Proverbs 14:1
A nation of built-up homes would be very strong indeed, thus the title of this post.
Posted by republicanmother at 12:06 PM 8 comments:

Dr. Stan Monteith has passed away. Here is one of his classic videos that helped inform me what the world was really all about. He tackled the money issue, and tied it in with the occultic angle, always telling people about our salvation, the Lord Jesus Christ.

Here is "The Enemy Within"

Posted by republicanmother at 1:16 PM 2 comments:

Wow. So Much to Talk About

I don't even know where to begin with all that's going on. I've been working this summer trying to establish routines to make my life easier. So many times I've wanted to blog about events, but they seem to come too fast for the little snippets of time that I have.

For those of you interested in the destabilization of our country, I would refer you to my Yuri Bezmenov: Love Letter to America series just to see how much further we've come since I wrote that a few years ago. Seems like yesterday, though.

As always, when we zoom out a few levels in geography, time and political factions, we find the puzzle pieces that make sense of a world gone crazy. There is a method to the madness, but one has to realize that not everyone is pro-human being. As illustrated by documentaries such as Aquarius, Age of Evil, and by the testimony of men such as Father Malachi Martin, we know that evil spirits are definitely at work in our world, just like the Bible says.

Understanding these things takes the stress out of life. "He wilt keep him in perfect peace whose mind is stayed on Thee" - verse from Isaiah. 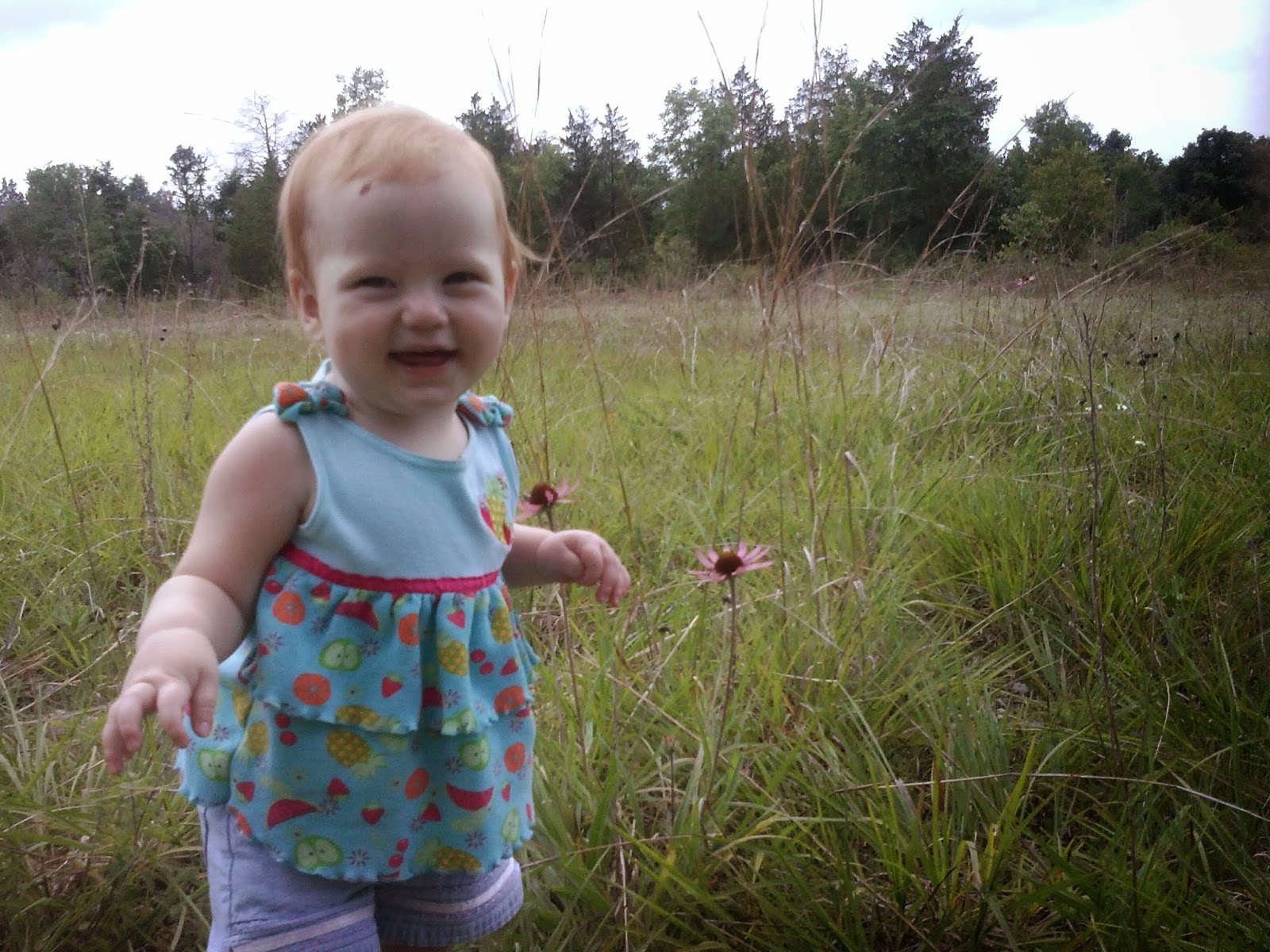 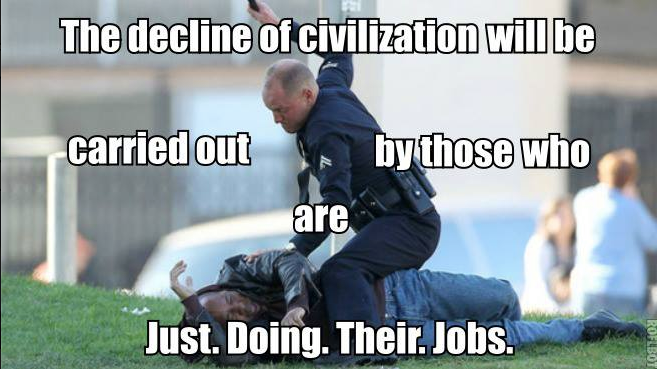 Posted by republicanmother at 10:00 AM No comments:

Derrick Grayson, The Minister of Truth (TMOT) is running for Senate in Georgia:

Posted by republicanmother at 2:33 PM 2 comments:

Came across this on the Daily Paul - a very funny satire on how the world really works.

For anyone confused as to the basis of these jokes, once again check out this corresponding John Perkins cartoon offering a candid explanation on how multinationals use their influence to remake the world in their image:

Posted by republicanmother at 2:46 PM 8 comments:

I encourage everyone to read the incredibly moving, frank, and powerful piece written by this veteran and shared with his fellow Daily Paulers:

I enlisted in the U.S. Air Force in September of 2000, at the age of 19. Two weeks shy of my 1 year anniversary, 9/11 happened. I spent the next two weeks keeping F-15 fighters fueled up in case they needed to respond quickly over the skies of Seattle. Then I was deployed to Spain for 3 months to fuel tankers that would go up and fuel the bombers that were flying from the U.S. nonstop to pummel Afghanistan. Another 6 months after being back at my home base, I asked for and received a 3 year tour to England, which required me to add 10 months onto my 4 year enlistment.

When the U.S. built up in preparation for an invasion of Iraq in early 2003, I was shipped off to an Air Base in Kuwait. It was an incredible feat of logistics watching the base build up from nothing to upwards of two hundred fighter planes and all the support that it required. I remember people writing things on bombs to be dropped, things about how this was payback to Iraq for 9/11. Once the attack on Iraq commenced, It was extremely busy for about 2 weeks, and then the "shock and awe" was over. It was on the ground troops (for the next 9 years) after that. I volunteered to drive a fuel truck up to a captured Air Base in Iraq, but I wasn't needed for that.

I remember at one point when I was out working, thinking about my principal in elementary school. After standing up to a bully once, he told me that violence was never the answer. I looked around at all the high tech machinery of death, and I started laughing hysterically to myself. Look around I thought. Sometimes violence is the answer. At the time, I had been very heavily indoctrinated with tribalism. Obviously those faceless unknown Iraqis were somehow of less value, and I believed in the lie that such a thing as a "surgical strike" existed.

I never contemplated the notion of human error, or that a child would only need to be in the vicinity of dropped ordinances to be traumatized for life. Thinking about such things in my immature mind would be unpleasant, logic was an inconvenience, no need for any of that.