When Did the Fourth of July Become Another Military Holiday?

My husband had the radio in the car turned on yesterday, and it was more adoration of all things military. We already have Veterans Day, Memorial Day, Flag Day, D-Day, Pearl Harbor Day, and now they're taking over July 4th. It's every other month the media and the small towns that listen to that same media constantly that pump soldier worship in our face.

Am I against soldiers? No, but you have to admit, it's starting to get pretty creepy. It's like Imperial Rome or one of those scenes from a totalitarian dictatorship where the public is forced to watch the military parades of power down the street. I am for National Guard and the original intent of men fighting for their homes when they are under imminent attack. I am for the Swiss style militia system where every citizen is trained to defend their country in an organized fashion. The United States once had a similar system, but given our massive size, it was deemed that the National Guard system was more efficient. In the long run, it has separated the masses from their part in defense of country and allowed a massive military-industrial complex to take over.

A standing military force, with an overgrown Executive will not long be safe companions to liberty. The means of defence agst. foreign danger, have been always the instruments of tyranny at home. Among the Romans it was a standing maxim to excite a war, whenever a revolt was apprehended. Throughout all Europe, the armies kept up under the pretext of defending, have enslaved the people.” 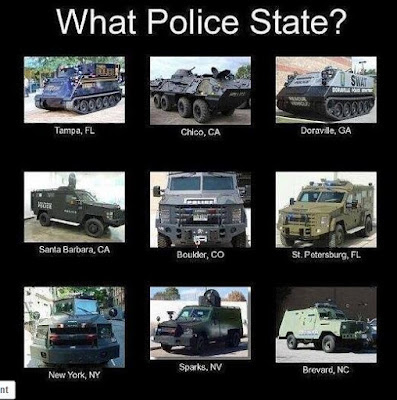 Posted by republicanmother at 6:41 AM 3 comments: