First off, there is becoming apparent, even to unbelievers, of a huge divide between a New Testament church fueled by the Holy Spirit and this counterfeit that is driving actual believers out of church. Spurgeon predicted this all over 100 years in his sermon: Churchianity vs. Christianity.

Whenever Churchianity has ruled, revelry and wantonness have been winked at, so long as saints' days, sacraments, and priests have been regarded. God's law is nothing to the high church, so long as church forms are scrupulously and ostentatiously observed. We should see maypoles erected and danced around on a Sunday afternoon within a year, if Churchianity had its way; the Book of Sports would be revived, and the evening of the Lord's day would be dedicated to the devil. Leave the church open, observe saints' days, decorate the altar, sing "Hymns Ancient and Modern," put on tagrags, and all goes smoothly with Churchianity: preach the gospel, and denounce sin, and straightway there is no small stir.

Can you disagree with any of that? Of course he's calling out the Anglicans, but one could also apply the same to Hawaiian shirt preachers and the forms that they all follow. Wantonness surely has been winked at in our time, just as the Bible prophesied about the ear ticklers that would be prominent in the last days.(2 Tim 4:3)

When I am looking for a church, I always strive to find the most Bible-believing one I possibly can. Even so, I have witnessed some of the craziest/sick stuff in church that I would never have thought possible. I've seen my Sunday School teacher's mug shot on TV while getting my five year old ready for kindergarten. He had a baby-sitter club going on in the youth group. I've visited the church of a close relative whose pastor was busted by the FBI for arranging dates with middle school boys via the internet. I can't believe I shook his hand - yuck. I've seen a middle aged woman who was supposed to be keeping the church's records literally run down the hall and screech out the parking lot when I asked for them. This only scratches the surface of what I've seen at church in the last 15 years. I could write a book, but it would be like Peyton Place.

And if anything like the above happens near or around you, you're not supposed to talk about it, because that's gossip and we don't want to spread unpleasantness do we? If you get hurt in these situations, just pray that God will help you suck it up and be quiet about it. Whatever you do, don't make waves, don't confront anyone because that is division. Remember your public school training about getting along, right? Well, the Bible actually tells us differently. I had to employ a Matthew 18 confrontation to resolve a situation in church before and it works beautifully. But the thing is, you have to be willing to go all the way with it -even before the church, which can be kind of scary. I realize now to fix the problems in that church, I may have had to do a couple more such confrontations to get the leaven out. Why me? Because no one else would and I just couldn't take it anymore.

One thing I've noticed in Paul's letters is that he usually either begins or ends with calling someone out on the carpet. He lists their name for us to read today and tells that church to mark and avoid that person because of bad theology or some other major problem. These verses never get preached on.

This is in large part due to the fact that people are "running to and fro" (Dan 12:4)   Throughout most of human history, ordinary folk did not travel far from where they were born, giving you roots and your family a reputation. You couldn't just move to another town and start all over again easily. The early church was a community of believers in a fixed area and except for missionary types like Paul and his cohorts, they weren't moving around every 3-5 years as is now common nowadays. A pastor told me that once upon a time in countryside America, churches had sergeants-at-arms and church discipline was a serious thing. You went to the church you could walk or ride your buggy to, so this church "choice" phenomenon wasn't a factor in how the church operated.

Fast forward to the motor car era and now your choices of churches opened up quite a bit. Pastor too dry at your family church? Well, just go a few miles over to the next church, it only takes about 10 minutes. And so it began. With all the moving around, people became a lot less accountable. Whereas before, you lived your whole life in the same community of people, now just as your new church gets to know you, you might be transferred away or choose to go somewhere else. It's hard to gauge spiritual growth of someone in these circumstances. So we're left with this consumerist church as Spurgeon describes with the same introductory to Christianity pap that bores to tears those of us who have actually read our Bible through more than once. (Yes, we're the few, but proud - am I right or what?)

All this moving around creates a perfect storm where false teaching and chaos can breed. There's nothing new under the sun, however. Going back to Paul's letters, we see that the early church had issues as well. The difference is that Paul addressed them publicly so that the church would not get led into error. There are a few today who are filling that role, so I thought I'd share some discernment sites that I enjoy that keep tabs on error in the church - particularly the New Age/emergent/contemplative spirituality that is/will be a precursor to the Antichrist one-world religious system. aka coexist.

Disclaimer: (Because most people can't do critical thinking) I do not necessarily share all the viewpoints of those sites linked, because I'm not a mind-numbed robot.

So anyway, I see two different camps in Churchianity: the seeker-sensitive feel-goods and the hard-core reformed types as personified by John McArthur (who denies the blood atonement-yikes). It is the dialectic at work- you have these choices and no others. Reformed churches are becoming popular as an alternative to the Rick Warren model. Both turn into a works-based system. In the former, you give your all to their organization, I won't call it a church. In the later, their Lordship Salvation is really a very Catholic understanding of grace, making one think that their "reformation" was not complete, but that's a post for another day. 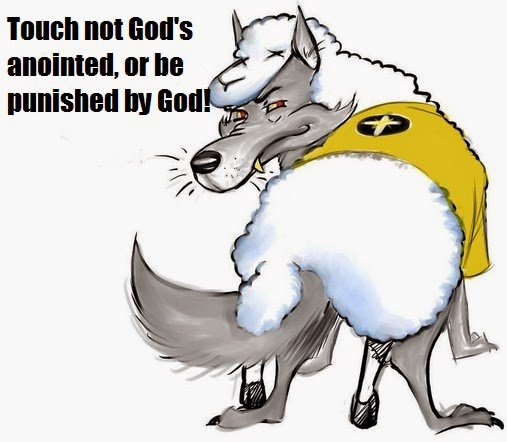 Posted by republicanmother at 6:55 AM 4 comments:

Email ThisBlogThis!Share to TwitterShare to FacebookShare to Pinterest
Labels: Christianity

This article is a great summary of why many Bible-believing Christians don't go to church anymore. Although Baldwin doesn't bring that up, he makes some great points on why the American Church has lost the First Love. For those who don't have time to read, I'll just summarize:

I. Major Problems
A. Success Orientation
B Statism - Misreading of Romans 13 - fear of feds
C Ignorance of Natural Law and Law of Nations
D Church is Filled with Hate


Here is an excerpt:


The American Church has focused on being “successful” instead of being righteous; it has capitulated to the lordship of the state; it fears the IRS more than it fears God; it has stopped preaching the “hard” messages of the Bible; it is popularity-driven, entertainment-driven, and comfort-driven; it has abandoned the fundamental principles of Natural Law and liberty; it has replaced genuine patriotism with statism; and it has used Romans 13 as justification for idolatry.

I've seen all the above and it rings true to me. I was considering visiting a local KJV church until I saw that the pastor enjoys taking selfies with Lamar Alexander and every other flag-waving holiday is a chance for idolatry of America. Uh, no thanks. So many churches have now equivocated being hard-core with being ultra patriotic, playing into the hands of the L/R dialectic.

I hope Pastor Chuck can get some traction with this conversation.

Posted by republicanmother at 8:31 AM 6 comments: