So while I'm playing with my favorite toy, the National Names Database Mapper, I come across this little logo: 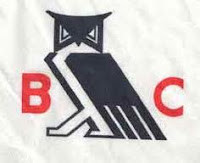 I notice that a lot of famous and powerful people are all connected to this thing called the Bohemian Grove. As far I knew, it was another good 'ol boy club or maybe a business and professional group. As a I read up on it, well, the back of my head got blown off and now that I've super-glued it back on, I can only now get around to writing about this.

In short, it is summer camp for the rich and powerful of the world that began as a smaller group in 1878. They have the barrack assignments based on what industry/field you are in:
Cute huh? It was at Bohemian Grove that the Manhattan Project was discussed. Of course it shouldn't bother us that officials from other nations are talking shop with our "elected" leaders in violation of the Logan Act. If that wasn't troubling enough, take a look at their hallmark ceremony, The Cremation of Care: 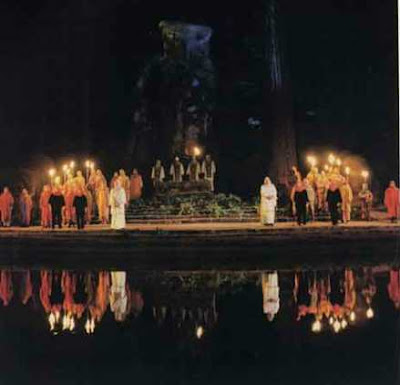 Is this just some good 'ol boys having some fun? Who am I to say that dressing up like druids and burning an effigy in front of a forty foot owl idol/statue thing is wrong? Isn't that how most of us like to unwind?

For we wrestle not against flesh and blood, but against principalities, against powers, against the rulers of the darkness of this world, against spiritual wickedness in high places.
--Ephesians 6:12

If I recall my old testament, God really wanted "groves" to be torn down because you can't honor God in a grove, a place where idols were worshiped.


The mainstream media totally ignores this rich and famous summer camp, probably because the rich own the media, don't you reckon? Check out this video of Sean Hannity and Rush Limbaugh being asked about the Grove and see the arrogant disdain they have for anyone who asks the sane question, What about the political and industrial leaders of the world hanging out in private every year and planning our lives? They have the money, they have the power - our elections are not giving us democratic results anymore, could this kind of thing be why? Here is David Gergen being confronted about his participation in the Bohemian Grove and doesn't act like it's just good ol' boys having fun.

This year, the group Anonymous is going to protest the Bohemian Grove, their spiffy little video gives you the run-down on what it's all about.


Does this look like something that Jesus would approve of? As someone who grew up with occult influences, I can tell you that the Devil is the camp director of Bohemian Grove. I'll not get into the debate on whether this is Moloch worship and the like, but I will say that anyone who willingly goes there year after year is opening themselves up to dark forces. Our nation and world is in a state because we have ungodly men in high places and have had that situation for several decades now. The world is racing towards judgment and creation itself is groaning under all of mankind's sin pollution.
Posted by republicanmother at 6:44 PM