The American Revolution is NEVER Over

But they that will be rich fall into temptation and a snare, and into many foolish and hurtful lusts, which drown men in destruction and perdition.

For the love of money is the root of all evil: which while some coveted after, they have erred from the faith, and pierced themselves through with many sorrows.

But thou, O man of God, flee these things; and follow after righteousness, godliness, faith, love, patience, meekness.

--- I Timothy 6:9-11
So was money somehow connected with Lucifer's rebellion in Heaven, for the Scripture says that money is the root of all evil. No, love of power was Satan's motive, and in our sphere here on earth money=power, power=money.
What does that have to do with Independence Day, mama, you may be asking. The idea that a people. need not be governed by a centrally oppressive entity was indeed a revolutionary idea. Even though this is God's ideal government as set up in the book of Judges, with each city in the promised land handling its own affairs, man's sinful heart yearns for a central power to idolatarize. Witnessing the abuses of a tyrannical government, our forefathers set up to craft a document that took into account the sinful nature of man and set barriers to monopolizing power. Time after time, year after year, dark forces have been at work to break down those barriers. Let's briefly recap our history from the "love of money" viewpoint.

“The refusal of King George III to allow the colonies to operate an honest money system, which freed the ordinary man from the clutches of the money manipulators, was probably the prime cause of the Revolution.”
- Benjamin Franklin

I don't need to give you a history lesson on the British, their central bank, and the untapped wealth of our new continent. What most of us fail to realize is that this same group of central banksters has tried again and again to financially conquer our country.

"History records that the money changers have used every form of abuse, intrigue, deceit, and violent means possible to maintain their control over governments by controlling money and it's issuance“
- President James Madison (1809-1817)

The War of 1812, a war whose cause only 1 in 10,000 Americans could probably tell you, was another British-banking production. Running thin on naval recruits, the British navy took to capturing American ships and pressing its sailors into service. Add to that interference with our expanding nation, James Madison asked Congress for a Declaration of War, found here detailing the precise reasons. Failing militarily, the British banking interests try to get us subtly by taking over our banks. Enter Andrew Jackson. 'nuff said?

“All the perplexities, confusion and distress in America arise not from defects in our Constitution; not from want of honour or virtue, so much as from downright ignorance of the nature of coin, credit and circulation.”
- President John Adams, 2nd U.S. President

So for the rest of the 19th century, our country hums along, except for the bloody Civil War in which you will find British banking interests trying to profit where they can. Note that I'm not picking on the British by describing the banking interests that way, but that at the time, that was the center of "love of money" banking.


"The few who understand the system will either be so interested in its profits or so dependent on its favours that there will be no opposition from that class, while on the other hand, the great body of the people mentally incapable of comprehending the tremendous advantage that capital derives from the system will bear its burdens without complaint and perhaps without even suspecting that the system is inimical to their interests."
- John Sherman letter sent to New York bankers, Morton, and Gould, in support of the then proposed National Banking Act, 1863

Some speculate that Abraham Lincoln may have been assassinated over his support of congressionally approved Greenbacks that cut out the central bankers. Of course John Wilkes Booth may just have been "crazy", but isn't every single assassin in American history been "crazy"?


“Whoever controls the volume of money in any country is absolute master of all industry and commerce.”
- President James A. Garfield, assassinated 1881 by another crazy man

So the rest of the 19th century hums along and the people increase in wealth and security, so much so that immigrants flock in to partake. But in the meantime, the banksters are still at it. When one traces back the fortunes of the Robber Barons, one finds huge interlock between them and the large banking houses of Europe. Centralization of industry and finance quickly followed in the wake of the Civil War. This didn't impact the average American, save for the Farmer who had a next to impossible time getting the credit he needed to make it. Thus the populist parties emerged to address this problem.

“The Morgan interests took advantage… to precipitate the panic [of 1907], guiding it shrewdly as it progressed.”
- Life Magazine, 1907

Things came to a head in the fateful year of 1913, already having carried out a false flag financial attack (Panic of 1907) to scare the Congress into passing the Federal Reserve Act, the big banksters got all five fingers around America's money. The same year they also got the Income Tax Amendment, although some dispute the integrity of that process. It is interesting to note that all these big money people also chose that year (+/- a couple) to start getting into tax-exempt philanthropy. Funny how that works, huh? One would also note that these tax-exempt foundations all worked very hard from that point on to "reform" our country by getting in on the ground level of our countries great institutions.

Our education system, for example, was corrupted by these foundations. For they said that our teachers shouldn't be chosen by a school board elected by the community, but each teacher had to be licensed. Where could one obtain a teacher's license, why from one of these foundation's approved schools of course! What was taught at these schools? The latest in psychology and German thought control education. Look to one of my other posts on education to get the whole story, but suffice to say, the battle for American Independence can only be won with facts. These banksters have worked overtime for decades to ensure that the American people, once the most well-read and morally astute people in the world would descend into an Eloi (HG Wells was one of them, btw) - like ignorance devoid of any sense of propriety - causing a decimation of our families, the building block of society. For if you can't count on your family to love and sustain you, you'll be forced into the arms of the state. With record numbers on food stamps, (a JP Morgan Chase operation, btw), can you not see why Jefferson advocated an agrarian country?

I know some of you say that its not practical for all of us to "go Amish". But that's not the point, the point is one of self-sufficiency. If you aren't dependent on anyone but your two hands and God, then you are truly free. Those seeking the money dripping off a captive market can't have that - they've bought up a lot of the land and have always been the enemies of the American farmer. Maybe its time we stop buying all of our food at the store and from our local farmers and shift what little money we have left away from the tapeworm of central banking and into our beautiful country.

There is in man, a powerful desire to be like the "father of lies" and obtain as much power as he possibly can. On fallen planet earth, the vehicle that power rides in is money. We are blessed to live in God's richest nation, blessed with every type of natural resource available. To think that the Devil wouldn't go after and oppose such a country founded on God's principles of government is beyond naive.

So patriots, what are you going to do about it? First thing  to do is to arm yourself with the facts - like reading this blog! Those tyrants who have worked to game our system by manipulating our money bank on your ignorance. In fact, they have spent millions if not billions to ensure that they have complete control of our educational system and that it not include subjects like Bible, logic, true blue Constitutional history, Austrian economics, etc. So spread the knowledge, and help your country. 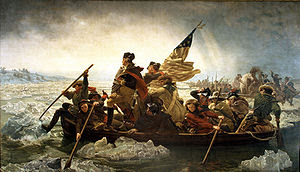 Posted by republicanmother at 12:02 PM