And no, you mundanes can't get this kind of work, they pay big money to make sure you don't make it into their little club. Saw this via The Classic Liberal, an article on Economic Policy Journal feature former SEC Chair Chris Cox's recent CASH purchase of a $5.4 million dollar mansion in Laguna Niguel , CA.

As a fellow house-hunter, it's hard not to blame him from the description,


The 11,000-square foot house sits on nearly an acre atop a hill. The home has 7 bedrooms, 8.5 baths, a “huge” lawn, swimming pool, spa and an outdoor kitchen, with panoramic views of the coastline and valley. There also are guest/maid quarters, a wine cellar, and a master bedroom retreat with a fireplace.

According to the listing, "the house is hidden from prying eyes by a gate and beautiful mature hardwoods, this estate is accessed by a long private driveway that is lined with roses and surrounded by an immaculately manicured landscape."

Now I'm not saying that it's wrong to have a nice house, but since this world is not my permanent home, I wouldn't invest in something so extravagant. It is spiritually safer to buy Bibles for China IMO. But anyway, my mind got to wondering who is the Chris Cox fellow and where did he obtain over five million dollars in Cash? According to the article:


Many held the view that Chris Cox was ineffective during the period he served as chairman of the Securities and Exchange Position (which was fine with me), but he sure has played an A game in using the government to private sector revolving door.

Cox is now a partner at the law firm Bingham McCutchen LLP and a member of its corporate, mergers & acquisitions and securities group, advising global companies on strategic issues, corporate governance, securities regulation and other matters, according to the law firm’s website. He is also a principal of Bingham Consulting Group, which focuses on strategic issues involving federal and state governments, homeland security, and multistate litigation.

I, of course, have made up the Chris Cox map, which isn't cooperating today, so I'll just leave you with his resume: 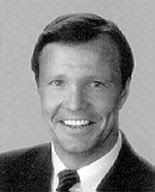 You may note that Mr. Cox was SEC Chairman during the whole collapse of 2008. Apparently, failure really pays off. Not that I'm saying he's wholly to blame, but something sure stinks here, doesn't it? Don't know enough to really comment here, unlike some other people, if I don't know what I'm talking about I'll shut up instead of prattling on. I do know that the Security and Exchange Commission is supposed to regulate the securities industry:

What Does Securities And Exchange Commission - SEC Mean?
A government commission created by Congress to regulate the securities markets and protect investors. In addition to regulation and protection, it also monitors the corporate takeovers in the U.S. The SEC is composed of five commissioners appointed by the U.S. President and approved by the Senate. The statutes administered by the SEC are designed to promote full public disclosure and to protect the investing public against fraudulent and manipulative practices in the securities markets. Generally, most issues of securities offered in interstate commerce, through the mail or on the internet must be registered with the SEC.

Um, EPIC FAIL, Mr. Cox, EPIC FAIL, unless of course, you planned for our economy to be hit and were paid for your silence. Many speculate that this indeed is what happened and that Bear Stearns and Lehman were deliberately, "taken out".

Moving along, you'll also notice the Orwellian-named group, the Committee for the Preservation of Capitalism. It's just a real laugh riot because the big names on the membership list for this PAC are the biggest bunch of crony collectivists you've ever seen, Bill Gates, the Waltons, Immelt, and a huge slew of lobbyists, including Tennessee's own Don Sunquist, who dares not show his face in Tennessee again.

So for your consideration, we see another person riding the merry-go-round of power in our country.
Posted by republicanmother at 5:51 AM