This is an outrage and I would hope that there would be tremendous blowback and a huge discussion on what the TSA is really all about. I think it is obvious by now that it is not our security but another control mechanism. For one thing, it's a huge government jobs project. For another, it's a valuable tool in the police state arsenal. And also, I've documented how it was a money maker for former Dept of Homeland Secretary, Michael Chertoff, who's company was invested in the naked body scanners. In that same post, I documented how the underwear bomber got on that flight to Detroit with the full knowledge of the State Dept, despite being on the no-fly list.

The fact that this is going on within driving distance of my house disgusts me beyond measure. I feel literally sick to my stomach. Vengeance is mine saith the Lord... Things like this are very instructive to anyone who has doubt about who's on what team.

It's the banksters versus the people.
It's Hamilton vs. Jefferson.
It's collectivism vs. freedom.
It's secular humanism vs. Christianity.
It's the masses vs. the remnant.

If your blood doesn't boil over this, it must be blue and you must be a bankster.

Thank you God for the Pauls. 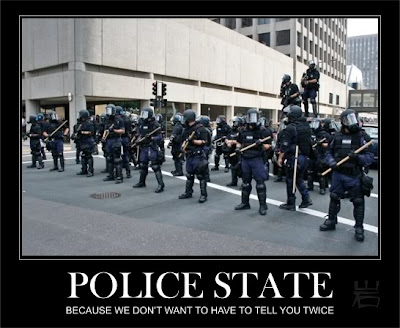 Adam from Mythbusters tells you just how effective TSA is. There might be and f-bomb, so watch for that. Overall, very instructive:

Oh, and recently TSA misses loaded gun, in case you think this is about security at all.
Posted by republicanmother at 8:53 AM