Brandon Smith writes on How TO avoid candidates in the pocket of the banksters who are shamelessly pumping America's money overseas unaccountably. I know I've been fooled before because I didn't know what to look for. Brandon gives you the seven questions to ask before voting:

1)  Have They Ever Promised To Investigate, Audit, Or Dissolve The Private Federal Reserve Bank?The Federal Reserve is the primary culprit in the creation of the derivatives and credit bubble.  Its use of artificially low interest rates inflated the housing market and by extension the U.S. economy, energizing international banking fraud and producing perhaps the greatest financial black hole in history.  It is currently staving off the effects of this collapse through the constant printing of fiat money from thin air, setting up the U.S. for a currency implosion of epic proportions.  If your candidate has never made more than a passing sound bite comment on the Federal Reserve and what they plan to do about the poisonous debt and dollar devaluation that the private central bank has generated, then it is likely they are either too ignorant to understand how the institution operates, or, they know full well the problem, and plan to do nothing about it.  Ask directly any politician you plan to vote for; will they promise to fully audit and or shut down the Federal Reserve, especially if foul play or corruption is discovered?  If they defend the Fed, or dance around the question, then they are not on your side, nor on the side of true free markets and a stable economy.


2)  Did They Vote For The Banker Bailouts?  Do They Continue To Defend Them?If a candidate or representative voted for or openly supports the continuance of bailout measures for international banks which taxpayers must eventually cover, then this politician is not for you.  The bailouts have accomplished nothing that was promised by the Bush Administration, the Obama Administration, or state representatives who gave a platform for their passage.  Credit markets have not been unfrozen, the housing market has not stopped its endless decline, and consumer activity has not returned to levels anywhere near those of 2006.  Nearly 80% of Americans on both sides of our twisted two party spectrum voiced opposition to the bailouts and have continued to fight against quantitative easing measures on the part of the Federal Reserve.  This is not a case of our government knowing better for us than we do for ourselves.  This is a case of the government ignoring the will of the people and serving the interests of select elites.  If you plan to support a man or woman running for elected office, make absolutely sure they are not proponents of further bailouts and inflationary printing for the sake of propping up big banks, foreign institutions, and the highly manipulated stock market.
3)  Do They Support The Domestic Spying Measures Of The FISA Act And The Dissolution Of The 4th Amendment?Any politician who has the audacity to argue that you must sacrifice your privacy and your liberty for “safety” is not on your side, or the side of the Constitution.  The 4th Amendment strictly prohibits illegal search and seizure of a citizen’s property without a warrant and without probable cause, and this includes your personal information and communications.  However, over time, the protections of the 4th Amendment have been slowly eroded away.  Today, almost every aspect of our lives is an open book for the government to peruse at their slightest convenience.  With the advent of new measures executed through the Foreign Intelligence Surveillance Act, no electronic transfer of data is safe, and corporate entities which handle these communications are completely immune from civil suits involved in the release of private information.  Under FISA, and under any act which authorizes mass surveillance of the public, every citizen is treated as guilty until proven innocent.  This is not Constitutional.  If your candidate has his hands into FISA or other pieces of legislation that open the door to domestic spying, drop them like a bad habit, or find yourself in deep regret later down the road. 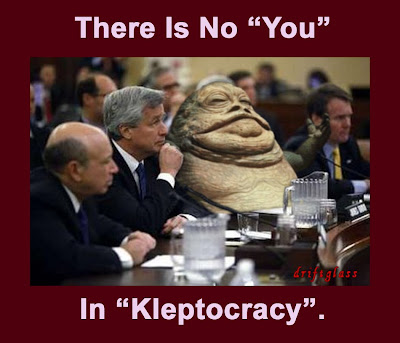 I swear, some people are sooooo stupid! Do you not realize by now that they have focus groups that have have not only recorded what the average conservative voter wants to hear, but have diagrammed the sentences for proper enunciation so that they are delivered at debates with maximum effect? The Elites probably have a book on each group of Americans with scripts on what to say and how to say it for maximum seal-barking effect. Many are being played like a bunch of cheap violins, but don't even realize it, until one day, the jackboots come to your door, or you money won't buy a peppermint, much less a meal. Then you'll be saying, man, I wished I'd listened to those Paulnuts, they were trying to tell me!!

Posted by republicanmother at 12:16 PM