I am a member of the Home School Legal Defense Association, a group that legally represents challenges to home education by asserting the Fourth Amendment.  They are associated with Patrick Henry College, the preeminent college comprising of mostly homeschooled children.

The Chancellor of PHC is Michael Farris who tells us how he wistfully looked at a picture of the original 85 students of PHC from the year 2000. Where are they now?


One was is a lawyer in the Justice Dept.
One was a personal assistant to Karl Rove
Some of them work for the FBI and CIA
another lawyer in TX
PhD's abound
Two PHC grads are helping Bill Bennett with his projects

This was the good news part of his letter.

The bad news was the pathetic GOP candidates whose deficiencies include:

To solve this problem, the talent pool must be filled. "A presidential candidate should embody the combination of convictions, experience, character, and the ability to communicate that can inspire us all." So according to Mr. Farris, Jefferson should never have been president.

How the heck is working for Bill Bennett something to be proud of? The man was in charge of a communist organisation known as the Department of Education to implement soviet style education. Not to mention the character flaws there. This is like the Twilight Zone. An assistant to Karl Rove??? Was the lawyer in the Justice Department remain true to Christian principles or is it more worthy in Mr. Farris' eyes to go along to get along? Some of them work for the FBI and CIA, huh? yeck.

Look, I'm just a homeschool mom who uses google to pull up original docs and I have been able to connect a lot of dots. I'm just kind of astounded that these supposed "intellectuals" haven't had some red flags go off and follow a similar line of investigation.

But guess what else was in the envelope? A slip offering to give PHC a donation via my credit card. Hahahaha. Note to self: Don't send my kids to PHC or they'll wind up neoconned with a Christian flair.

Since I got this letter, I've found that Michael Farris has freaked out on Ron Paul's contention that the 14th amendment was unconstitutional in the way it cut some legs out from under the 10th. You see, to Lawyer Farris, the 14th amendment was useful to him in winning some homeschooling victories, but the 10 amendment is all about homeschooling. To read an excellent article on the fallacy of Farris' thinking, please see this by Jerri Lynn Ward. In case you don't know, Farris is the guy who kept pushing for the Parental Rights Amendment to the Constitution. This is supposedly needed because the United Nations Conventions on the Rights of a Child has been ratified by every country in the world except the US and Somalia. If it were to be ratified, parents would no longer have rights over their children. Our Constitution is not enough to protect us, so we need an amendment stating that parents have the right to raise their own children. (If it's not in writing, it doesn't exist, you know.) 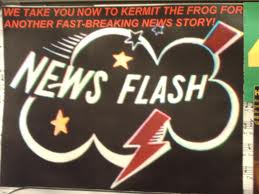 The Elite Powers that Be don't give a crap if its in writing, dude. They can take away the Fourth Amendment with a lengthy bill and a hardy har har. Let's pretend the Parental Rights Amendment is passed and ratified, do you think that will stop them for one minute from doing what they want anyway? In case you missed it, the Supreme Court just decided with international law anyway in the latest copyright case. You see folks, they are breaking down our Constitution like an old cardboard box to get us ready for the new international "new world order". It's not a conspiracy anymore, it's on the front pages of every media outlet. Forgive the Elite if they don't go ahead and connect every single dot and broadcast it 24/7 so as to overcome your programming. You're going to have to get some of this on your own. As someone who has escaped the educational portion of the system, I would have expected Mr. Farris to understand where more of us homeschoolers are coming from in our support of Dr. Paul. Oh, that reminds me...

But to understand where Michael Farris is coming from, one need not look very deeply into his associations with our favorite people, the Elite that pose as conservative apple pie types as they blow up brown people for fun and profit.

Posted by republicanmother at 8:05 AM