...and boy howdy are they a mean bunch of people. I'm starting to think this whole Occupy thing is a way to diffuse what should be obvious outrage for us all. While conservatives are busy making fun of the products of bankster-deliberate-dumbing-down programs, our currency is being destroyed. Wall Street banks in total and complete collusion with the United States Government (not to be confused with America), have totally robbed the country blind. No one has gone to jail, nor will anyone go to jail for it. You can be sent to prison for robbing $34 out of a cash register, but if you steal billions upon billions from the American taxpayer, it's okie dokie.

From Karl Denniger via Vox Day:

Let's just start with the laws that have been broken and admitted to or where a guilty verdict was handed down:

Side note: When we have the Obama adminstration giving the Mexican cartels guns under Fast and Furious and had Bush doing the same thing under Opeation Wide Receiver, we see government and the big banks working together for some unknown reason (probably buttloads of cash money and not fiat money) to aid and abet the drug cartels. Couple this with Gary Webb's expose of the CIA and Freeway Ricky Ross's current persecution for being outspoken in his testimony of government being behind the drug epidemic and he suspects the whole gangsta culture, you add another layer of intrigue.

A picture says a thousand words: 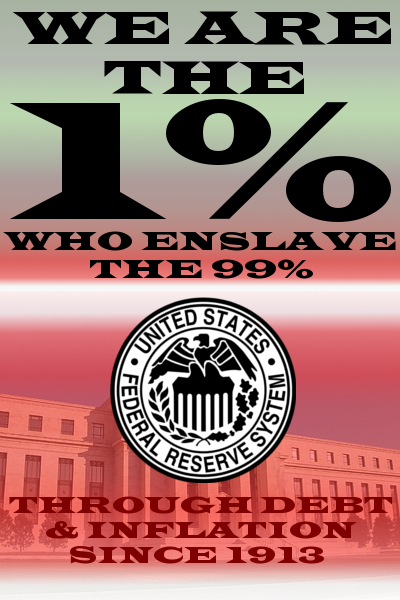 These big bailout banks are "latched on" to the big titty of the Federal Reserve Banking Cartel. One might surmise that they, along with foreign central banks, make up the Cartel. Think about how many ex-humongous bank execs get cushy jobs at the Treasury Department or other places having to do with the federal budget. It ain't because they are loyal to the Republic as founded, that's for sure. What are you going to do when they destroy the dollar and what you have in the bank isn't worth chickenfeed, hmmmm? You know you can tell an Insider if they try to act like all this isn't going on and just tweaking the tax code or shaving this or that off the budget is going to fix it. It's insane, if your really trying to to save the economy, but methinks these people are not insane, but are trying to bring about the One World Communist System that patriots past have been mocked and ridiculed trying to warn you about. Now some might be unwitting accomplices and are just going with the flow of the Establishment, but they do damage to free people all the same.
You really need to check out this fab research paper entitled The Network of Global Corporate Control referred to me by my buddy, Col. Bunny at Washington Rebel. Anyhow, this paper uses mathematical models to determine how interlocked corporations so as to ascertain their control of the global economy. It produces the mother of all interlock maps: 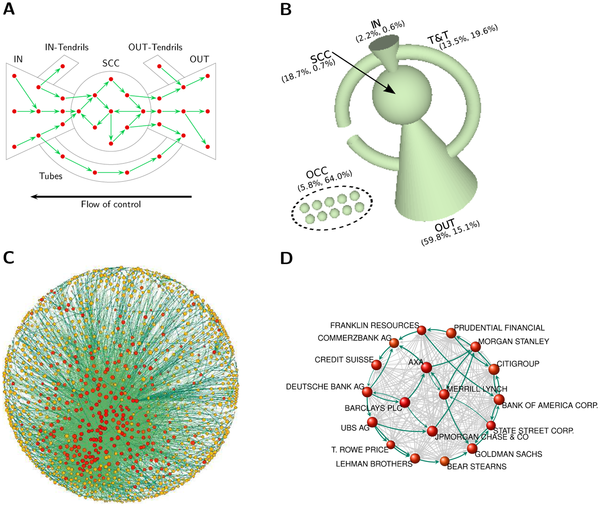 A) A bow-tie consists of in-section (IN), out-section (OUT), strongly connected component or core (SCC), and tubes and tendrils (T&T). (B) Bow-tie structure of the largest connected component (LCC) and other connected components (OCC). Each section volume scales logarithmically with the share of its TNCs operating revenue. In parenthesis, percentage of operating revenue and number of TNCs, cfr. Table 1. (C) SCC layout of the SCC (1318 nodes and 12191 links). Node size scales logarithmically with operation revenue, node color with network control (from yellow to red). Link color scales with weight. (D) Zoom on some major TNCs in the financial sector. Some cycles are highlighted. doi:10.1371/journal.pone.0025995.g002 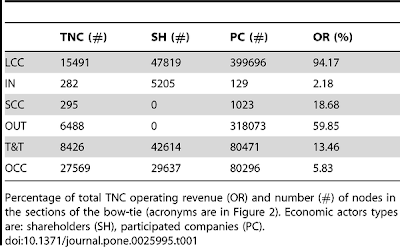 What you need to look at here is the SCC, or strongly connected core. Notice that of the Transnational Corporations, it is the smallest in number, yet has a good share of the operating revenue percentage. They don't add up to 100, because its logarithmic.

Notice that the cross-country analysis of [11] found that only a few of the national ownership networks are bow-ties, and, importantly, for the Anglo-Saxon countries, the main strongly connected components are big compared to the network size.

To put it in English, comparatively a small number of Multi-National Corporations control a huge amount of the wealth. There is your 1%, and oh, and by the way, they would seem to be totally down with oppressing us all into oblivion.

Here are the top 20 companies as reported in Forbes:

And the obligatory map of the companies with the non-profit foundations thrown in so you may see how intertwined they are. Notice how huge the CFR and Trilateral influence is.


*company not listed on NNDB and not included in the map.


If your still saying "so what?" to yourself, understand this: JP Morgan, the Fed of NY, and their accomplices in the state department worked to set up Soviet Russia and to put down  the truly pro-freedom faction vying for control. This is not the realm of shadowing conspiracy, this is the realm of demonstrable facts as in receipts of the wire transfers, State Department encrypted cables and the correspondence of the parties involved. These will be highlighted in a later post. So when I say the 1% is mean, I am telling you that they finance genocide, ok? 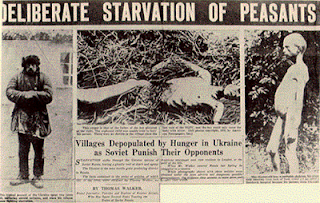 cross posted at Don't Tread on Us
Posted by republicanmother at 1:23 PM