The Real Deal on OWS- Hegel's Dialectical Play in the Park

I've long suspected that OWS was nothing but an attempt to get "stuff" started - to get the right wing into a frenzied lather over commies and to get all publicly schooled commies to come out of the woodwork and make noise. Call it Hegel's Dialectical Play in the Park. Allow me to introduce to you the players in our little drama:


Link to video containing much of this information.
Skip the first 2-3 minutes as it starts telling you about Illuminati colors and such (I, for one never knew that wearing a black and white polka dot dress was expressing the colors of duality) - whatever -but the rest of it is pretty good, citing actual documents, people and places. 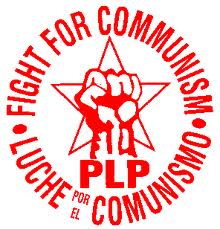 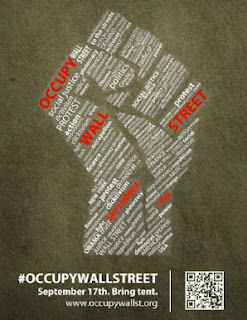 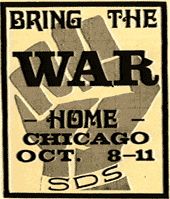 Now I'll be the first to admit that you can get a little crazy "looking" for symbols in a quest for some unifying theory of why the world works. But when we review the true history of our country as documented by internal government documents, wire transfer receipts, and other primary evidence, we see patterns. Without opposition, certain activities have become successful for those who obsess over power. It is not then unreasonable to assume that the same modus operandi that we discovered as we read through Wall Street and the Bolshevik Revolution would not be operating today, yet only more sophisticated. In that book, we learned how monied interests like JP Morgan would fund both communist and anti-communist activities. By having a two-party system, the Elites are able to ride popular opinion, most of it artificial, to wherever they want to go. If they wish to expand entitlements have have more in the dependent class, they do so when the left wing has "power". If they wish to punish any on the world stage that hasn't ceded their sovereignty over to them or won't deal their way, they wrap it in the flag and get the right wing to cheer for it. If you've got an idea, they've probably already got a room of white coated men studying on how to co-opt it.

The total irony of Occupy Wall Street is that the biggest, baddest Marxists in the world wear the most expensive suits, drive the most expensive cars, and fund through the foundations, the very people protesting them as captitalists. The useful idiots, the products of decades of bankster funded foundation experimental grants, which in turn funded the communist workforce training that is the public school system, have no clue what we're talking about here. I doubt they have the reading comprehension to analyze the back of a cereal box much less a detailed article on "circles within circles". They remind me of a preschool class of kids and one kid starts saying "stoopid, stoopid, stoopid" for no reason. Within 30 seconds the whole bunch of them will be chanting, "stoopid, stoopid, stoopid". I still suspect that a lot of them are there with the backing of other bankster funded "ACORN" type groups to help build the crowd up.

But what is the point? These clenched fist revolutions tend to lead to overthrowing governments. It could be a pressure valve release for the fact that Wall Street and the Fed have pretty much robbed us blind, but the right half of the country will have that go down the memory hole as they obsess over how stinky hippys are. The left wing will argue for more government, which is just fine for our Marxist Masters, as they bought that up a long time ago. If the right wing opinion wins out, then government function would be more and more privatized (as is happening in some sectors) to companies already in the thrall of our Marxist Masters. With the Banksters, the House always wins. Unless they are exposed, it's really the only shot we have.

Posted by republicanmother at 2:15 PM