In this post, Yuri walks us through the second aspect of the second step of subversion, the mobilization of the grass roots in support of a new regime.

A compounding factor at this stage is the so-called “grass root” participation of the 'masses' in the political process. Demoralized and enfeebled 'masses' tend to grab the 'easiest' short-cut solution to social ills and socialism seems to them to be the best answer. 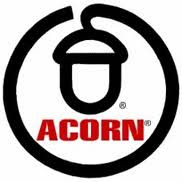 These bodies which are in essence, mirror reflections of the totalitarian structures of power, are more and more 'responsive' to mob-ocracy, the rule of of the crowd of radicalized CONSUMERS. At the same time, the backbone of the economy-- the free bargaining process-- gradually yields to the principle of 'planned economy' and 'centralization.’

The arrogance of The Establishment is that they thought that the demoralization process was further gone than it actually was. They have absolute disdain for everyone that does not come from their blue-blood circles.  We are lesser evolved beings in their eyes, we don't know what good for big scheme. Notice I didn't say what's good for us, because they don't give a rat's tail about what's good for us. As far as they're concerned, we can all just get sick and die. Extreme statement? Consider that these people are obsessed with population reduction. Just go back and read the Rockefeller Foundation reports, the Establishment's role in the Eugenics movement, the CFR's studies on population projections. They are truly fixated with limiting the human population.

Anyhow, they're disgusted at those of us who revere the Constitution and the godly ideals that brought it about. They depend on us being ignorant so that they can give their financial support and pull for their candidates in every state, in every major city.  They have had a hold on the Congress for well over a hundred years, and they don't intend to loose it. The Tea Party supporters need to get wise to who the true enemy is, as we're going to get more of the same if we don't.  They depend upon us being separated by Rockadems and Rockapubs, and freak out at the mention of at third party. I'm not currently supporting  a third party, but would like just one party to be free of the Establishment (CFR, et. al) and loyal to the Constitution. It doesn't seem like a lot to ask, does it?

Anyway, the next aspect of destabilization will  be the breakdown of the bargaining process. I bet you can guess what will be mentioned in that post:)
Posted by republicanmother at 2:40 PM