From David McCullough's John Adams, a scene from the end of the second President's life:


On Friday, June 30, Whitney and a small delegation of town leaders made a formal call on Adams, he received them in his upstairs library seated in his favorite armchair. They had come, they told the old patriot, to ask for a toast that they might read aloud at Quincy's celebration on the Fourth.

"I will give you," Adams said, "Independence forever!" Asked if he would like to add something more, he replied, "Not a word."

We all know that he died five days later, on the Fourth. 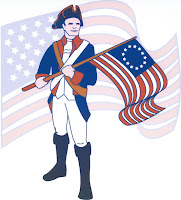 “Why is it that, next to the birthday of the Savior of the world, your most joyous and most venerated festival returns on this day [the Fourth of July]?" “Is it not that, in the chain of human events, the birthday of the nation is indissolubly linked with the birthday of the Savior? That it forms a leading event in the progress of the Gospel dispensation? Is it not that the Declaration of Independence first organized the social compact on the foundation of the Redeemer's mission upon earth? That it laid the cornerstone of human government upon the first precepts of Christianity"?
----John Quincy Adams
[July 4th, 1837 when he delivered a Fourth of July speech at Newburyport, Massachusetts] 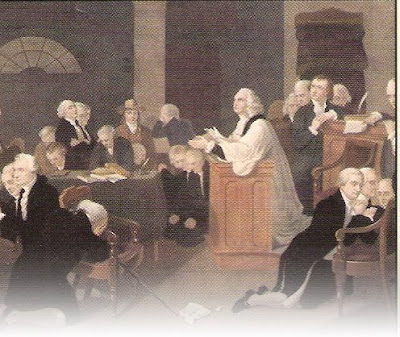 Tyranny ends
Where freedom from sin begins.
"It is Finished" declared The King.
Freedom from the curse I will bring
When I return for my Bride.
Then I will remove from the earth every trace of pride,
And declare perfect love to be the law forever more.

Posted by republicanmother at 5:34 AM