After Red October, the Bolsheviks controlled only a small fraction of Russia. They desperately needed everything imaginable: weapons, food, diplomatic relations, etc. With the help of our pal Ludwig Martens, they get their foot in the door in New York City with the Soviet Bureau. They then needed a way to transfer their money in exchange for goods to continue the "revolution". And finally, they needed to get the export licences to ship those supplies into Russia. These last two items required more bankster support. For example:

When Professor George V. Lomonossoff, the Russian technical expert in the Soviet Bureau, needed to transfer funds from the chief Soviet agent in Scandinavia, a prominant Wall Street attorney came to his assistance — using official State Department channels and the acting secretary of state as an intermediary.

When gold had to be transferred to the United States, it was American International Corporation, Kuhn, Loeb & Co., and Guaranty Trust that requested the facilities and used their influence in Washington to smooth the way. And when it came to recognition, we find American firms pleading .with Congress and with the public to endorse the Soviet regime.

Also remember, or if you are reading these in order, you will learn, that the JP Morgan firm was also funding the Soviet's opponent Admiral Kolchak, just in case the commies didn't pull it off.


When Prof. Lononossoff was stranding the US working for the Soviet Bureau with no money, several prominent Wall Street lawyers came to his aid, getting $25,000 transferred from the Soviet Union, which was illegal at the time.  You can read this chapter yourself to see the back and forth to see how these people on Wall Street and the State Department work together to take care of their own. Who knew their own would refer to commies, right? But Sutton just gives you the whole letter chain for you to read for yourself. The point being is that Wall Street banking interests got money out of the Soviet Union to one of their boys here using the State Department as a go-between. Cute, huh?


Now the stage is set for the semi-modern raping and pillaging of Russia to begin. This time the Mongol horde is not involved, but it is the "mogul horde" which rides in. Are you ready to celebrate "May Day"? 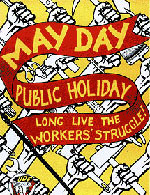 On May 1, 1918 — an auspicious date for Red revolutionaries — the American League to Aid and Cooperate with Russia was established, and its program approved in a conference held in the Senate Office Building, Washington, D.C. The officers and executive committee of the league represented some superficially dissimilar factions. Its president was Dr. Frank J. Goodnow, president of Johns Hopkins University. Vice presidents were the ever active William Boyce Thompson (the guy who just gave the Bolsheviks a million bucks), Oscar S. Straus, James Duncan, and Frederick C. Howe, who wrote Confessions of a Monopolist, the rule book by which monopolists could control society. The Treasurer was George P. Whalen, vice president of Vacuum Oil Company. Congress was represented by Senator William Edgar Borah and Senator John Sharp Williams, of the Senate Foreign Relations Committee; Senator William N. Calder; and Senator Robert L. Owen, chairman of the Banking and Currency Committee. House members were Henry R. Cooper and Henry D. Flood, chairman of the House Foreign Affairs Committee. American business was represented by Henry Ford; Charles A. Coffin, chairman of the board of General Electric Company; and M. A. Oudin, then foreign manager of General Electric. George P. Whalen represented Vacuum Oil Company, and Daniel Willard was president of the Baltimore & Ohio Railroad. The more overtly revolutionary element was represented by Mrs. Raymond Robins, whose name was later found to be prominent in the Soviet Bureau files and in the Lusk Committee hearings; Henry L. Slobodin, described as a "prominent patriotic socialist"; and Lincoln Steffens, a domestic Communist of note. 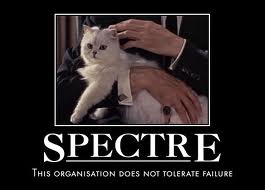 Aw man, I hate to keep quoting but this next part is just too rich. It's a total replay or should a I say, prequel of what the Elite do today?

Approved by the executive committee was a program that emphasized the establishment of an official Russian division in the U.S. government "directed by strong men." This division would enlist the aid of universities, scientific organizations, and other institutions to study the "Russian question," would coordinate and unite organizations within the United States "for the safeguarding of Russia," would arrange for a "special intelligence committee for the investigation of the Russian matter," and, generally, would itself study and investigate what was deemed to be the "Russian question." The executive committee then passed a resolution supporting President Woodrow Wilson's message to the Soviet congress in Moscow and the league affirmed its own support for the new Soviet Russia.

Let's dissect this a minute. Who are the "strong men?" Who decides who is strong and who is not strong? What we've really got is these Insiders picking their own trusted people to handle this sensitive looting of Russia business. And look, they're going to "enlist the aid of who?" Universities who get their funding from endowments from these same Insiders. You do know that the Rockefellers founded and financed the whole University of Chicago, right? The scientific organizations you can better believe were probably more spawned from Establishment Foundation money. This goes for the "other institutions" as well. Notice how its for the "safeguarding of Russia". This is like the wolf saying that they're going to keep the chicken nice and warm inside its tummy. In the end, this committee approved communism. Russia would now experience decades of terror. Thanks a lot, guys, I hope it was worth it.

Without getting into the extreme details, business interests here in America did not really care one whit about the philosophy of communism, they just wanted into that market. They used connections with the State Department to make that happen. William Boyce Thompson and his ilk used fear of prolonging the war with Germany if immediate action wasn't taken in recognizing the Soviet regime as a push point for getting it done. If America didn't get into Russia, than Germany would beat them to it. Classic crisis utilizing Elites; they even had phony statistics to prove the point:

Exaggerated statistics were cited to support the proposal — for example, that the Soviet government represented ninety percent of the Russian people "and the other ten percent is the former propertied and governing class .... Naturally they are displeased."13 A former American official was quoted as saying, "If we do nothing — that is, if we just let things drift — we help weaken the Russian Soviet Government. And that plays Germany's game."14 So, it was recommended that "acommission armed with credit and good business advice could help much."

I bet those 10% would have thought, thanks a bunch, buddy! Right at this time, the Communist Party in Russia was having their 10th annual get-together where Lenin admitted that if they didn't get some financial help soon, they were done for. Trotsky said that they needed an organizer like Bernard M. Baruch. Go ahead and click on the link and prepare to be shocked.

You may read deeper in this chapter to follow the journey of Russian gold into America, but to summarize:

In brief, we can tie American International Corporation, the influential Professor Lomonossoff, Guaranty Trust, and Olof Aschberg (whom we've previously identified) to the first attempts to import Soviet gold into the United States.

Now are you ready for some Herbert Hoover? He was a bankster boy all the way, just like our current President. At this particular time in history, Herbie was the Commerce Secretary. I know what you're thinking, he moved up pretty fast. Being a bankster boy pays off, that is until they don't want you anymore.

In January 1922 Secretary of Commerce Herbert Hoover, interceded with the State Department in behalf of a Guaranty Trust scheme to set up exchange relations with the "New State Bank at Moscow." This scheme, wrote Herbert Hoover, "would not be objectionable if a stipulation were made that all monies coming into their possession should be used for the purchase of civilian commodities in the United States"; and after asserting that such relations appeared to be in line with general policy, Hoover added, "It might be advantageous to have these transactions organized in such a manner that we know what the movement is instead of disintegrated operations now current."25 Of course, such "disintegrated operations" are consistent with the operations of a free market, but this approach Herbert Hoover rejected in favor of channeling the exchange through specified and controllable sources in New York. Secretary of State Charles E. Hughes expressed dislike of the Hoover-Guaranty Trust scheme, which he thought could be regarded as de facto recognition of the Soviets while the foreign credits acquired might be used to the disadvantage of the United States.26 A noncommittal reply was sent by State to Guaranty Trust. However, Guaranty went ahead (with Herbert Hoover's support),27 participated in formation of the first Soviet international bank, and Max May of Guaranty Trust became head of the foreign department of the new Ruskombank.


Here's a table letting you know what was being traded between the United States and Russia in 1919:


Wall Street and the Bolshevik Revolution by Antony Sutton can be read in its entirety at Reformed Theology.
Posted by republicanmother at 4:51 PM