Rick Santorum Needs to Listen to This

Rick Santorum, when he's not trying to get a book sold or get his face on the TV, is shilling for the standard neo-con talking points as we saw last night in the debate. Using the good 'ol Hegelian Dialectic, he tries to suggest that if you quote what Osama Bin Laden said ala "Sun Tzu- know your enemy", you somehow blame America and hate America. I hope that those of us who follow the news have grown out of these juvenile mind-tricks.

The truths is this, after 9/11, Ron Paul wrote a bill that would have issued Letters of Marque and Reprisal against Osama Bin Laden and Al Qaeda which would have paid assassins to go and destroy them. This is how Jefferson handled the Barbary Pirates that neocons like to point so much to prove the eternal evil of Islam. This is probably what the majority of everyday Americans thought was happening when we went into Afghanistan full force, as that's just common sense. 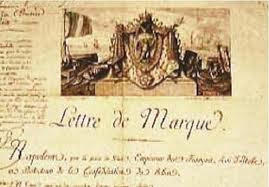 But defense contractors, their lobbyists, their boys in DC, and the whole war machine doesn't making the dough on something so simple. The "defense budget" takes up a full quarter of the Federal Budget, which is many times the defense budgets of other nations, who depend on us for their defense. A side note, there is a difference between truly defending your country and offending it so that the military industry can profit. I hate to say it, but at the sheer billions and billions of dollars some of these companies have made in the last decade, I wouldn't be a bit surprised if they weren't thrilled for the US to go to war.

I can't get it to embed, so here is the link to an interview by Joel Gilbert who claims that we fell into Al Qaeda's trap and are really their pawns in all this. Mr. Gilbert is the director of Atomic Jihad , whose assertions I don't totally agree with, however unlike some I can listen with an open mind. With the 9/11 attacks, Mr. Gilbert asserts that the full force of the US military was drawn into the internal affairs of these Muslim countries for the purposes of destabilizing secular Muslim countries and replacing them with more fundamentalist Islamic theocracies. You have to admit that we see that happening. He makes the point that "winning the hearts and minds" of a country like Afghanistan, where over 70% of the population is illiterate and most don't have access to modern propaganda dissemination devices, is impossible. Mr. Gilbert also makes the point that the billions we spend in Afghanistan on local recruits to the army is wasted as they join for a month at a time for the paycheck and then disappear with their money back into the boonies, probably to help fund the Taliban. But if you attempt to point any of this out, you're some kind of a kook, huh?

As we hear about the the horrible evil of 9/11, don't forget that under the current American foreign policy, we see more radical Muslims taking over more countries, as in Libya. I can't wait as we progress in our Sutton studies to the use of provocateurs, as I think we will draw numerous parallels to our current situation. Remember what Norman Dodd said of the Reece Committee investigation, it was determined by the Carnegie Foundation that war was the most effective tool to change a society in short order.
Posted by republicanmother at 7:05 AM