In Home Interrogations at $30 a Head

The following is a report from a fellow DPer on some strange interrogations from the Department of Human Services. They seem very interested in the drug use of children and won't stop trying to get their information:
************
I received a letter over a month ago from the US Department Health and Human Services (DHHS). They were very excited to announce that my household had been selected to conduct a National Survey on Drug Use and Health.
It further explains that this is the Federal Governments primary source of national data on the use of alcohol, tobacco, and illicit substances.
The survey also contains questions on health and illegal behaviors and other topics associated with substance use.
According to the letter approximately 70,000 individuals, 12 years old and older, will be randomly selected and asked to voluntarily participate.
Included was the name of an organization named RTI that had been contracted to solicit this information from me. They were going to come to my house and ask me or my family members some questions. In return, they would pay each person that participated $30.00 "CASH" for their time.
Yes you heard me right, they want to send a stranger unknown to me, come to my house, sit down with my kids and ask them behavioral questions. In return, they have bribed us with $30.00 each of your money to do this. The whole idea creeps me out! 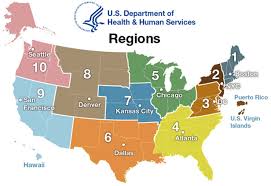 (Can't help but notice they've broken the country up in the same 10 FEMA regions. When martial law comes down, goodbye state and local governments.)

2 weeks ago I was cleaning my garage when a vehicle pulled into my driveway and a female with a company credential pinned to her chest that said RTI got out of her car and approached me. She said "Sir, may I speak to you for a moment?" I politely said "how may I help you"?
She went through a well rehearsed little script on who she was, why she was here and that the questions were completely confidential. She also said that she wanted to know how many people lived in my household, how many were children and what were their ages?
I immediately told her to please leave and that I had no interest in participating.
She then offered to pay cash for each person she spoke with and preceded her attempt to convince me how this information was extremely helpful to the Federal Government.
I again told her not to try to convince me and that I am 100% sure I did not want to participate so its time to say "goodbye" Incredibly she attempted yet another tactic on me. She said, "I know how you feel, I'm like you"....
I said, you have know idea what your talking about. You have no idea what I'm like!
She then said "I'll just put on my sheet you didn't want to talk. Then said "I'm anti-government too...
I responded and said I never told you I was ant-government and I would like you to please leave! I couldn't believe the gull of this person to come here and interrogate me in my driveway.
***********
I then received a second letter in the mail last week. It went into the fact that someone had stopped by and that they were unable to gather the information they were sent to collect. It requested I call an 800 number whereas they would further explain the importance of the survey. Then it stated that they would be sending someone back out again soon.
***********
This morning my doorbell rings and when I answer there is another lady at the door with the same credential as the first lady. She begins her introduction and I interrupted and said "I know who you are" As I told the first lady I did not want to participate. Then she actually leaned into my door and said " If you have any children, I can just ask them a few questions" ...
I slammed the door nearly hitting her in the face with it.
Do you find this a little odd? The persistence or shall I say " insistence" to speak with my children? or the fact that they have $2.1 million dollars in cash of your tax money at their disposal to use as bribe money?
WTF? Something is very wrong with this picture in a day of super surveillance and a looming fiscal crisis.
What do you think?
DEX
Posted by republicanmother at 5:21 AM