Attention school children doing Davy Crockett research, this post won't help you much, but check out this post to see about convincing your parents to get you out of public school. 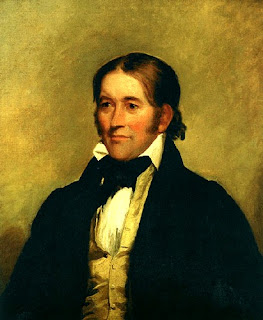 Due to Fess Parker recently passing away, some have been reminiscing over his role as Davy Crockett. I thought it was quite timely that Bart Gordon decided to betray the trust of the citizens of the sixth district on the same day.

Bart, take note in how a true Tennessean - who needs the federal government's benevolence like Michael Moore needs butt implants - truly summarizes the ways of the US Congress:

"Congress allows lemonade to the members and has it charged under the head of stationery-I move also that whiskey be allowed under the item of fuel." --- Davy Crockett

As heir to Crockett's seat, I would have hoped that you would not have double-crossed us by voting for yet another entitlement program. Whether you traded your vote or not is immaterial to me; you have not represented Tennessee - the first state to recently pass a resolution affirming the 10th amendment. You've betrayed your governor who begged you not to pass this monstrosity.

I can't find the video of it, but do ya'll remember in the Crockett movie, where he walks into Congress as they're about to vote on the Indian removal bill and says he won't be apart of it and rips it in half? -- yeah, for me, that's my personal idea of what a Tennessee Congressman should look like.

Here are some Crockett quotes - he is literally commenting on our current predicament from beyond the grave!

We have the right as individuals to give away as much of our own money as we please in charity; but as members of Congress we have no right to appropriate a dollar of the public money.
Hear that Bart?


We must not permit our respect for the dead or our sympathy for the living to lead us into an act of injustice to the balance of the living.
Like we all owe $40,000 each BEFORE health care becomes law.

The party in power, like Jonah's gourd, grew up quickly, and will quickly fall.
That's a relief.

I have suffered my self to be politically sacrificed to save my country from ruin and disgrace and if I am never a gain elected I will have the gratification to know that I have done my duty.
Hear that Bart? duty, sacrifice, honor - they're not Klingon words - they stand for noble principles you are just unfamiliar with.

I would rather be beaten and be a man than to be elected and be a little puppy dog.
Actually we all know that while Bart looks like a deer in headlights, he's metaphorically a lap dog. 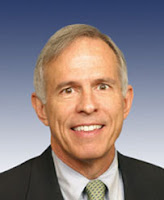 I would rather be politically dead than hypocritically immortalized.
Bart, you will be forever known as an immortal hypocrite.

If one man in the country could take all the money, what was the use of passing any bills about it?
That's what we're asking too, Davy.


It was expected of me that I was to bow to the name of Andrew Jackson... even at the expense of my conscience and judgment. such a thing was new to me, and a total stranger to my principles.
If Davy wouldn't bow to A.Jackson, what would he think about Bart's bowing to Nancy Pelosi?

Look at my arms, you will find no party hand-cuff on them.
Haven't seen the armbands, but they may be coming.

Throughout the day no time for memorandums now. Go ahead! Liberty and independence forever.
Oh Davy, if you thought memos were bad, thank goodness you didn't live to see 2,000 page bills passed in the dead of night.


We have the right as individuals to give away as much of our own money as we please in charity; but as members of Congress we have no right to appropriate a dollar of the public money.
We definably need to get back to this mindset.


You may all go to Hell, and I will go to Texas.
Texas' constitution does allow for succession.

Posted by republicanmother at 9:13 AM

Email ThisBlogThis!Share to TwitterShare to FacebookShare to Pinterest
Labels: tennessee